skip to main | skip to sidebar

The NW wind does blow

And today it blew hard making any productive birding a real challenge.

We did our usual and headed to Valyie as this was probably the best place to find some calm conditions. 3 swallows and 3 house martin over the garden were new in and an increase of skylarks in the crop in the valley. At least 15 birds were present.
There were quite a few people not on the island so we thought we would do something crazy and try somewhere new in the hope of finding some more crossbiills.

While talking to the guys staying in Northdale yesterday the talked about a small plantation on the east  side of the road to Burrafirth which they named 'Pauls Pines' after one of their number stepped on a nail while checking it out last year.
It was a bit of a trudge over the moorland to get to it but we were hopeful of getting something there. Sadly it only contained a chiffchaff and chaffinch but it was worth putting in the effort; you never know and at least neither of us got injured. 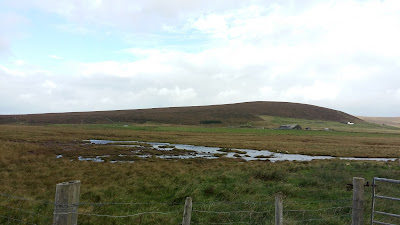 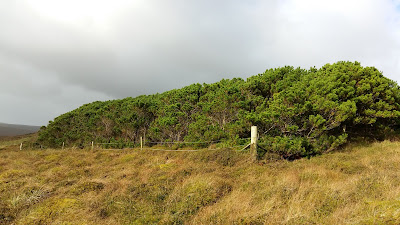 Not a single bird was in Burrafirth so we decided to head home for lunch. To be honest we really didn't know what to do. The weather and number of people around left us undecided as to where to go.

We decided to walk to Houlland from our digs, down the burn checking the iris beds then up to the house and back along the road. We were rather surprised by the amount of iris near the house but they contained noting today. A reed bunting was still in the irisbed north of the road and then Nick flushed the probable grasshopper warbler we saw yesterday evening. Views weren't much better than yesterday but we did manage to get a couple of record flight shots. Although the tail looks short in my pics I suspect that it is just an artifact on the picture and in reality it was much longer. 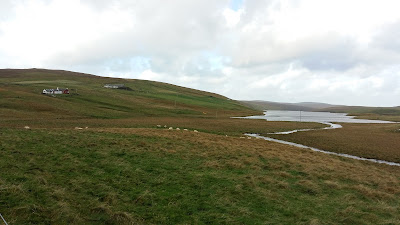 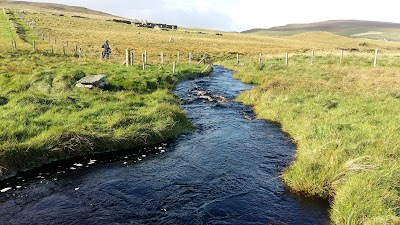 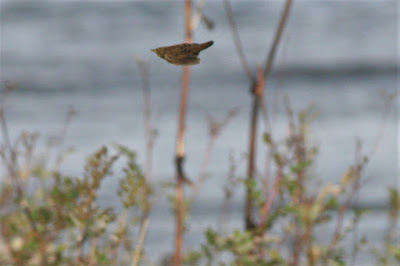 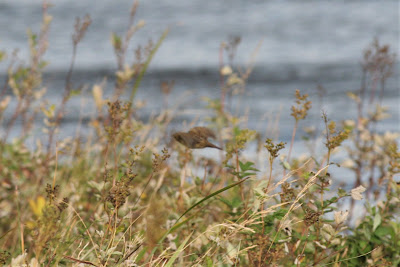 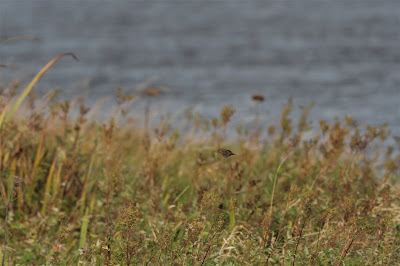 Around the garden the redstart was still present along with a yellow browed warbler and a pink footed goose over calling.
On the walk back we stopped to chat to another birder when Nick picked up a little bunting saton the fence on the edge of Baliasta. The bird showed well briefly on the road before flying further down to the burn. A yellow browed warbler was in the next garden along with another next to our digs

We decided then to try Clingera for some shelter. There wasn't much but we did get a couple of redstart and 3 chiffchaffs. One of the redstarts was rather damp and showed well around the farm buildings. 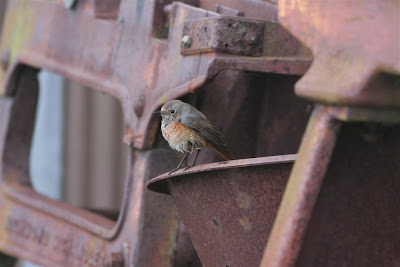 Final stop of the day was another look at the parrot crossbills. They were rather more elusive than yesterday but still showed well.
Posted by Paul at 20:00

Have a look at these